20% Discount has been extended.  Please join us.

After dinner on Friday, the retreat begins with a short introduction and prayer. On Saturday, we will look at the meaning of Christmas and Advent and enjoy some free time.  Reconciliation will be available.  In the afternoon and evening, the group will join in an Advent Taize Prayer service. On Sunday after breakfast, we will consider  Mary and her waiting in Wondrous Expectation, followed by Mass and lunch. 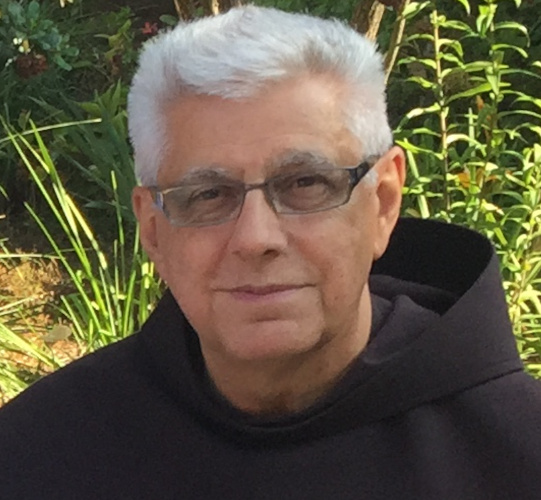 Having been ordained for nearly 50 years, Fr. Vince Mesi has worn many hats as a Franciscan.  One of his roles was director at San Damiano in 2014.  Since August 2021, he has served as Guardian and Assistant Director of Formation at the newly established St. Vincent Friary in the Mission Hills District of San Diego. He lives with Friar students studying at the Franciscan School of Theology, which is now on the campus of the University of San Diego.

Laura Woodworth-Gibson has been a Cantor and Music Director at Mission San Luis Rey Parish since 2011, and a frequent contributor at San Damiano since 2016. She has been involved in liturgical music since 1975, serving in parishes in California and Tennessee She is a graduate of Aquinas College in Nashville, TN. Jim Gibson has been a liturgical guitarist at Mission San Luis Rey Parish since 2011, and a frequent contributor at San Damiano since 2016. A professional guitarist for 50 years, Jim has played throughout the US and Europe. Jim attended Santa Monica City College.